Some simple reasons to add glutathione injections to improve fertility

Glutathione plays a key role in both male and female infertility. The microenvironments in 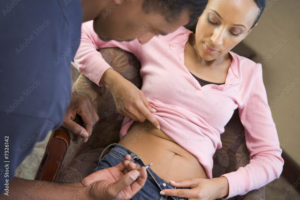 the follicular fluid, the fallopian tubes, and the abdominal cavity are important for optimal fertility. They have a direct effect on egg quality, sperm quality and embryo viability. Oxidative stress affects early embryo development and implantation which impacts fertility. Glutathione injections for fertility can improve the reproductive microenvironment.

It’s the master antioxidant. It aids in detoxification and moderates the immune system. Normally antioxidants protect cells from damage. When they are lacking, free radicals cause damage or death to cells, which can contribute to lower egg and sperm quality and infertility. Glutathione is an antioxidant that helps preserve other antioxidants, including those present in both egg and sperm cells.

It’s in the science. Numerous studies have shown that increasing the body’s level of glutathione can increase egg, sperm, and embryo quality. Here’s a sample:

What conditions can Glutathione injections for fertility be used for? Because of its role in decreasing oxidative stress glutathione can be used to treat:

Why would my body be deficient in Glutathione?  The body produces its own glutathione, and it can be depleted by:

How often should you get Glutathione injections for fertility? Dose does matter. We recommend injections 1-2 times per week for 1-3 months. It is never too late to start Glutathione, but for most fertility cases it should be started immediately.

Can I just take Glutathione orally? Unfortunately, Glutathione is very poorly absorbed through the gut. The best way to increase your levels is via injection.

Can I get fertility acupuncture and injections at the same time?

Yes. Injections can be done either on their own in a quick 15- 30 min treatment, or during your acupuncture session.